Bills Are a Hot Ticket in Buffalo

With both the Bills and Patriots picking up convincing Week 1 victories, this week’s Patriots at Bills game is the most expensive Bills home game on the secondary market in at least five years.

Listing prices for this weekend’s game have stayed pretty consistent, so fans waiting for a last minute deal may be out of luck. We did see a 10 percent bump in prices following the Brady decision, but the numbers have recovered back to where they were before that announcement came out. 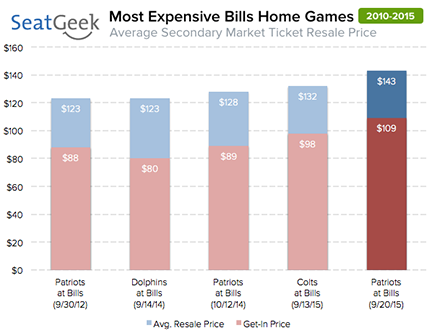