Everything You Need to Know About New York Jets vs. Green Bay Packers

Two days before Christmas, the Green Bay Packers and New York Jets will face off in an exciting Week 16 matchup. It’ll be a battle between a future Hall of Fame quarterback and a rookie quarterback who’s the future of the franchise.

Let’s take a closer look at this upcoming game.

When & Where is the Upcoming Jets vs. Packers Game?

On Sunday, December 23, the Green Bay Packers travel to East Rutherford, New Jersey to take on the New York Jets. Kickoff is at 1:00 PM EST at the Jets’ Metlife Stadium. 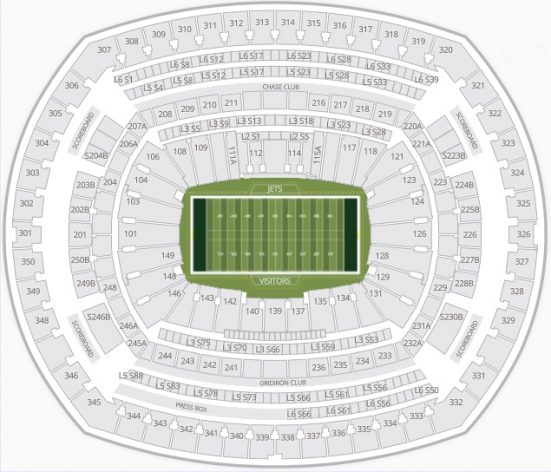 Located just eight miles outside of New York, MetLife Stadium boasts the largest capacity of any NFL stadium, offering 82,500 seats set up in a way that eliminates overhangs from the upper decks. This ensures that there are no impaired viewing angles in the stadium, making for a fantastic in-person experience.

Get Tickets to New York Jets vs. Green Bay Packers

Tickets are currently available, starting at $56 each. Use code NFL20 at checkout and save $20 off your purchase of $100 or more! Browse all tickets here, or view select listings below.

Game Predictions for Jets vs. Packers

Well, it hasn’t exactly been the ideal season for either the Packers or Jets. On the Green Bay side of things, the franchise fired long-time head coach Mike McCarthy after going 4-7-1 and losing a horrendous effort to the Arizona Cardinals on December 2.

Although it’s only been one game since the coaching chance, the Packers and Aaron Rodgers already look like a different team. The offense is playing much better with Joe Philbin not only handling the coordinator duties but also the head coaching efforts. Against the Jets, don’t expect to see the same team that struggled for the first 12 games of the season.

For the Jets, this season was full of hope after drafting rookie quarterback Sam Darnold. However, the team’s first season with him under center hasn’t gone particularly well, and the Jets will certainly miss the playoffs. Darnold is just 4-6 in 10 starts and has thrown 12 TDs to 15 interceptions. He’ll definitely need to put on great performances in these last few games of the season, especially at home against Green Bay.

With the Packers looking like a completely different team and the Jets continually struggling to generate consistent offense, look for Green Bay to steal a win on the road.

As we inch closer and closer to the end of the NFL regular season, there aren’t many opportunities left to see your favorite team in person. Don’t miss out on your chance to get the best deals on tickets via your SeatGeek app.