Fans who have waited until the last minute can save themselves some money, as listing prices have dropped over the past few weeks. The median listing price a month ago was $433, but currently it is down to $276, a drop of 36 percent. The same trend shows up for the cheapest tickets for sale, which have gone from $274 a month ago to $135 currently. 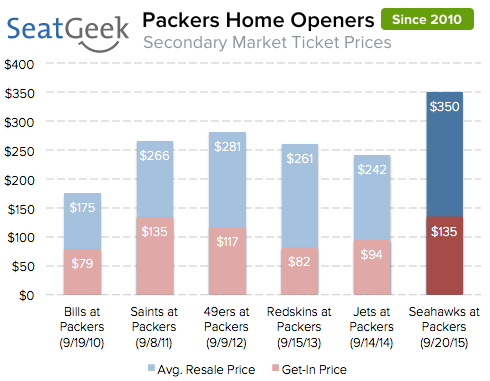 Overall the Packers and Seahawks are two of the most expensive teams to see in the NFL this season. For their home games the Packers have an overall average resale price of $304 a ticket, putting them fourth in the league. The Seahawks actually have the most expensive secondary market prices for their home games, with an average resale price of $326.