If there’s one thing we believe here at SeatGeek, it’s that ticketing data contains rich information. Not only on a team’s prominence in a sport, but also the loyalty and sentiment of it’s fanbase.

Using our proprietary data, we are able to answer questions such as:

In this post, we are going to attempt to answer the last question by calculating a team’s average ticket pricing markup in the secondary market relative to the average face value in the primary market. In particular, we will be focusing this analysis on teams in each of the four major sports league: NBA, NFL, MLB and NHL.

The methodology for this analysis is as follows:

Below we submit our findings: 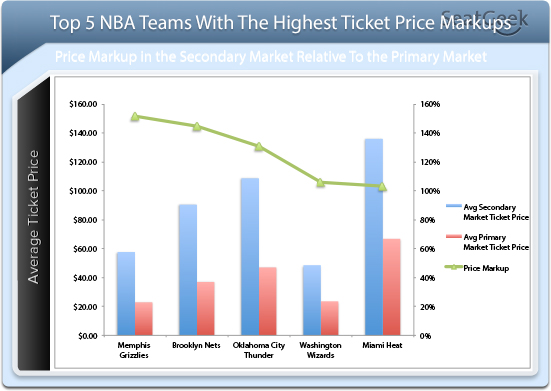 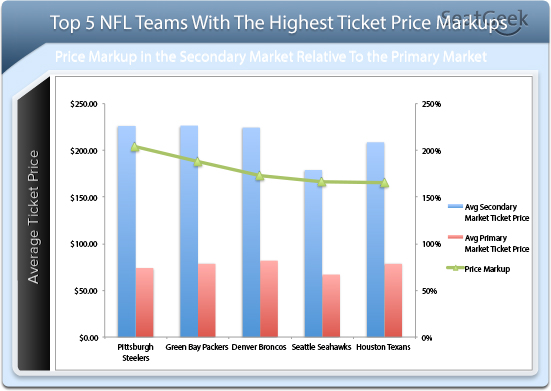 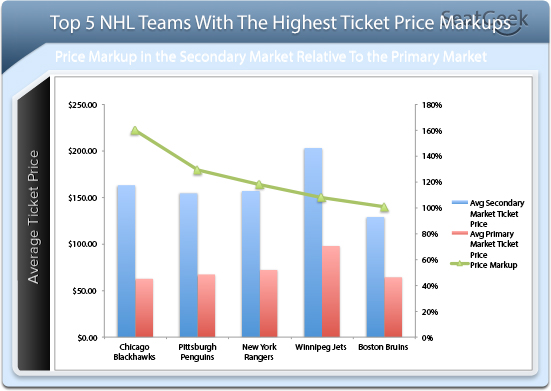 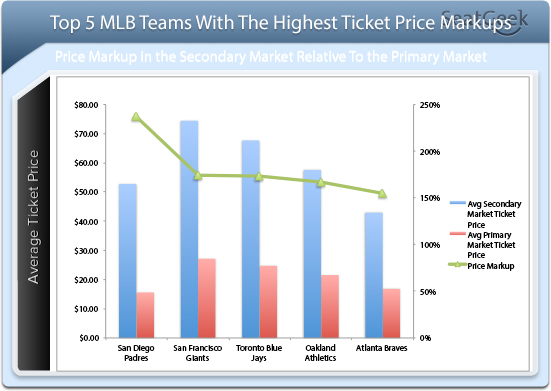 Write to us – we would love to hear your opinions on these findings. Why do you think these teams’ fans are willing to pay such high premiums? Do you think the data are accurate portrayals of fan sentiment?