It’s Never too Early to Get Excited for the Texas 500!

Lately I’ve been dreaming of springtime, and what better dream comes with springtime than the Texas 500 Sprint Cup? This series race, not to be confused with the AAA Texas 500, will be held on April 13th (hopefully there aren’t any superstitious drivers) at the Texas Motor Speedway in Fort Worth, TX. The AAA Texas 500 is held the first week in November each year and was featured in Talladega Nights: The Ballad of Ricky Bobby. Even though both races are advertised as 500s, the TMS raceway is actually 1.5 miles, which means drivers cruise for 501 miles. That’s far!

For 10 years (from 1997-2007), the Texas 500 was one of the few NASCAR races that had NOT had a consecutive winner. This trend was broken in 2007 when Jeff Burton won the race again (his first win was in 2007). In 2009, Jeff Gordon won his first ever Texas 500, making Homestead-Miami and the Kentucky Speedway the only two tracks on which he hasn’t won.

Wanna check out some other Texas Motor Speedway races? 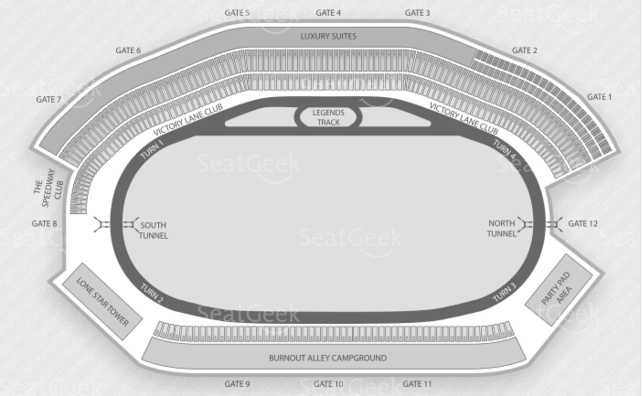