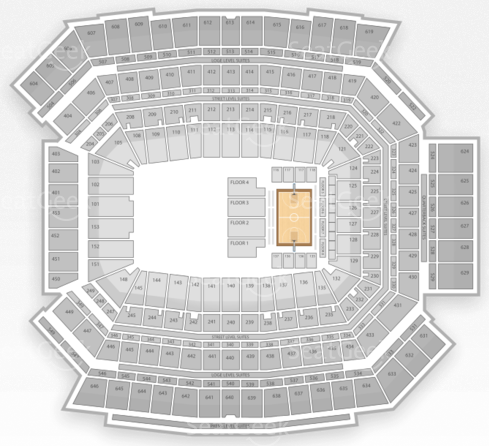 Many analysts considered the Midwest Region for this year’s March Madness a Group of Death, loaded with four top seeds deserving of the No. 1 ranking at some point during the 2014 basketball season. Although Duke bowed out in the opening round (again) to an upstart (and then dispatched) Mercer squad, Wichita State, Michigan, and Louisville all made strong showings in the Round of 32. Wichita State was unable to continue its undefeated season, however, losing to a surging Kentucky team finally starting to reach the potential promised when they were billed as a premier recruiting class.

Those Wildcats are now ready to face their in-state rival, and defending national champion, Louisville Cardinals in the Sweet 16 while Michigan is preparing for the Tennessee Volunteers, one of the First Four in this year’s tournament who have already won three games to make it to Indianapolis. While the UT pedigree may not appear to stack up to the other three (they lost to UK this season, as well as both of their games versus No. 1 Florida), once you’re this deep into the Madness, anything is possible.

The average price of a full strip (includes a ticket to both the regional semifinal doubleheader on Friday and the regional final on Sunday) for the games in Indianapolis is $389, and tickets for the regional semifinals alone featuring the UK-Louisville game are going for $294 apiece, nearly double the $151 they were going for prior to Kentucky’s upset over Wichita State. Tickets for the regional final are commanding an average ticket price of $117. Prices for this year’s Midwest Regional are up 34% from last year’s games in Indianapolis, when full strips went for an average of $290 each on the resale market.

The semifinals featured a Louisville-Oregon and Michigan State-Duke doubleheader, with Louisville defeating Duke in the regional final. As it stands now, there are about 5,000 tickets for Friday’s regional semifinal doubleheader available on the resale market. The cheapest full strip is a $170 ticket in Section 635, and seats for the Friday doubleheader alone start at $85. The regional final on Sunday is considerably less expensive as an individual ticket, with seats listed at $50 and up.

The UK-Louisville rivalry is the single biggest factor driving demand for tickets to this weekend’s games in Indianapolis; since the Wildcats’ upset of Wichita State on Sunday, nearly 40% of ticket shoppers for the Midwest Regional on SeatGeek have come from the Bluegrass State — far outweighing the demand we’ve received from within the host state of Indiana (11% of traffic). Within Kentucky, about 40% of traffic has come from the city of Louisville, while 10% has come from Lexington; so while Wildcats fans are known to be some of the best traveling fans in college basketball, our data suggests that the Cardinals will be well supported at Lucas Oil Stadium.

Surprisingly, it’s actually less expensive to see UK-Louisville this Friday than it’s been to watch them play in the regular season over the last several years. While the KFC Yum! Center (capacity of 22,000) and Rupp Arena (capacity of 23,500) are large college basketball arenas, Lucas Oil Stadium sits about 35,000 fans even when using a half-stadium set-up like it will for the Midwest Regional,providing a much larger supply of tickets and relatively lower prices on the secondary market. The last four regular season meetings between Kentucky and Louisville have all drawn average ticket prices of more than $300 on the resale market, with the most expensive game coming this past December in Lexington ($376 average ticket price).