With the United States advancing to the Gold Cup semifinals on Wednesday, ticket listing prices for Wednesday’s game in the Georgia Dome went up 83 percent over the weekend. Of those tickets that have actually sold, the average resale price of tickets leading up to Saturday was about $95, but since the United States victory the average ticket has resold for $130. 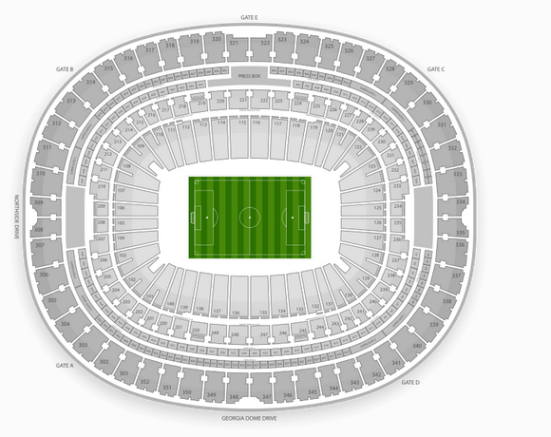 There is a wide variation of price depending on where a fan wants to sit. Those seats at midfield in the lower level are reselling for an average of $241 each, the most expensive in the stadium. The cheapest seats are those in the corners upstairs, which are reselling for an average of $68 each. However, with the price jump from the US victory the cheapest tickets currently for sale cost $101 each.