Next month, mixed martial arts fans will be treated to another fantastic ultimate fighting installment. UFC 238 will feature some of the best fighters in the world on display in one of the greatest cities in the world: Chicago. If you’re looking to see the event in person, we’ve got all the info you need. Read on, reader!

UFC 238 will take place at the United Center in Chicago, Illinois on June 8, 2019. It will feature 10 events, including what should be a phenomenal Bantamweight fight as the Main Event of the evening. 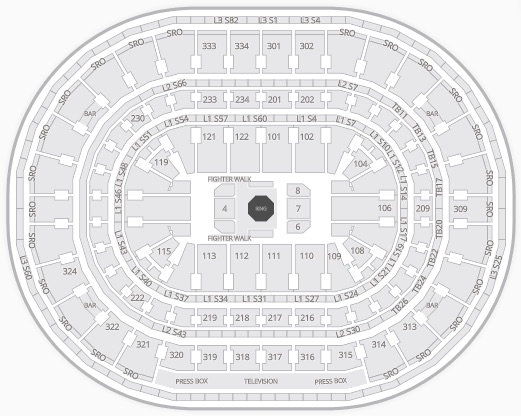 Where to Buy UFC 238 Tickets

Tickets to UFC 238 are on sale now, with the current lowest price at just $71. Plus, by using code TBA20BLOG at checkout, you can save $20 off your purchase of $100 or more. Browse all available tickets here, or view select listings below.

Right now, the first fight of the evening is up in the air. Felice Herrig (14-8-0) was supposed to take on Yan Xianoan, but Herrig just recently tore her ACL and was forced to withdraw from UFC 238.

The co-main event between Shevchenko and Jessica Eye should be a phenomenal bout. Both fighters have helped bring women’s MMA further into the mainstream and they’re extremely evenly matched. This one could easily go the distance, so it’s no wonder that it’s the co-main event of the night.

The main event – the reason why many will make the trip to the United Center – is between Henry Cejudo (14-2-0) and Marlon Moraes (22-5-1). These two will battle it out for the currently vacant bantamweight belt, and it could easily end up in either of these fighters’ hands. Cejudo has won four straight fights dating back to 2016, while Moraes has recent victories over John Dodson, Jimmie Rivera, and Raphael Assuncao.

This is another fight that could definitely go the distance, but we’re putting our money on Cejudo. He seems to gain confidence with every fight, and that trend should continue in Chicago.