Your Guide to WWE SummerSlam 2019

In less than one month, one of WWE’s premier events is set to take place – SummerSlam. SummerSlam is one of the company’s “Big Four” yearly pay-per-view events and is considered by many to be the company’s second-most important show of the year after WrestleMania. The premier summer wrestling event takes place every year in late August, with this year’s festivities planned for Sunday, August 11.

Where is SummerSlam taking place this year?

After being held primarily in Los Angeles and Brooklyn for the past decade, SummerSlam is heading north of the border to Toronto, Canada, for the first time since 2004. The venue is the Scotiabank Arena, located at 40 Bay Street in Toronto, and holds up to 19,800 attendees. It broke ground in March 1997 and opened in February 1999. 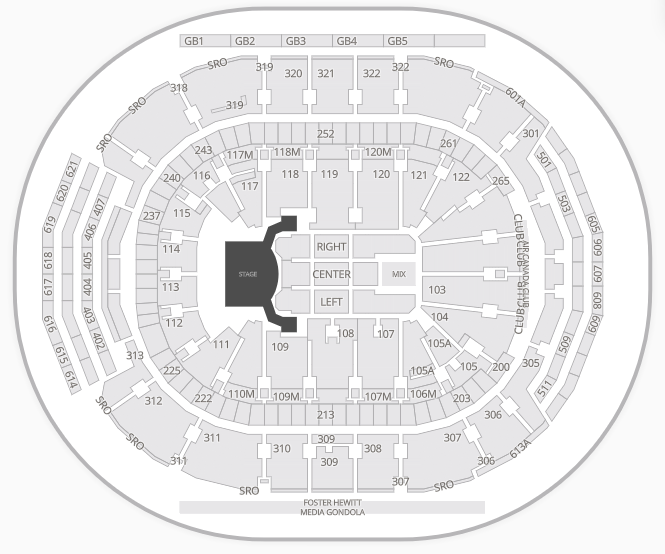 Where to Buy SummerSlam Tickets

Tickets for WWE’s marquee summer event are on sale now through SeatGeek, starting at $117. You can find all available tickets here, or view select listings below. Don’t forget to use code TBA20BLOG at checkout to save $20 off your purchase of $100 or more.

Which Wrestlers are Scheduled to Appear?

Given the fact that there’s still a month to go until the event, the full card has not been announced yet. Matches will be announced during WWE’s programming leading up until August 11. Some of the performers that have been advertised for the pay-per-view include WWE Champion Kofi Kingston, Raw Women’s Champion Becky Lynch, four-time Smackdown Women’s Champion Charlotte Flair, Roman Reigns and Seth Rollins.

The match between Rollins and Lesnar will be highly anticipated by fans after the two tangled at the last pay-per-view, Extreme Rules. Lesnar attacked Rollins after he won his mixed-gender tag match, cashing in his Money in the Bank contract. “The Beast Incarnate” was able to defeat an exhausted Rollins who had just finished a grueling match against Baron Corbin.

Lesnar, who defeated Rollins for the WWE Universal Championship, continues to be a gigantic draw for the company as he has been involved in six of the last seven main event matches at SummerSlam.

The first matchup for the women’s side was announced on this week’s episode of WWE Raw, where a Fatal 4-Way contest was held to determine who would face Becky Lynch at SummerSlam. Natalya was able to outlast Alexa Bliss, Carmella and Naomi and now finds herself in the crosshairs of Becky Lynch, who is one of the most talented female wrestlers in the history of the WWE.

The second women’s matchup was decided on this week’s episode of Smackdown, where Bayley and Ember Moon teamed up to beat Sonya Deville and Mandy Rose in a tag-team match. After the win, Bayley proposed that she and Ember should face off for the Smackdown Women’s title at SummerSlam, which Ember Moon quickly accepted.

Bryan entered SummerSlam as a crowd favorite, as fans frequently burst into chants of his signature “Yes!” phrase. The undersized Bryan labeled himself as an underdog, which struck a chord with the WWE’s fans.

WWE World Heavyweight Champion John Cena handpicked Bryan as his opponent for the main event at the Staples Center, and the two put on a match for the ages. Bryan hit a flying knee on Cena and was able to pin the defending champion, winning the World Heavyweight title in the process. The crowd went insane.

However, things are rarely what they seem to be in the world of wrestling. Just after he was given the belt, Bryan was attacked by guest referee Triple H, who hit his finisher on Bryan. Triple H’s former tag team partner Randy Orton took advantage of the attack, cashing in his Money in the Bank contract and defeating an exhausted Daniel Bryan. The crowd looked on in silence as the pay-per-view went off the air.

Bryan held the belt for less than a minute.