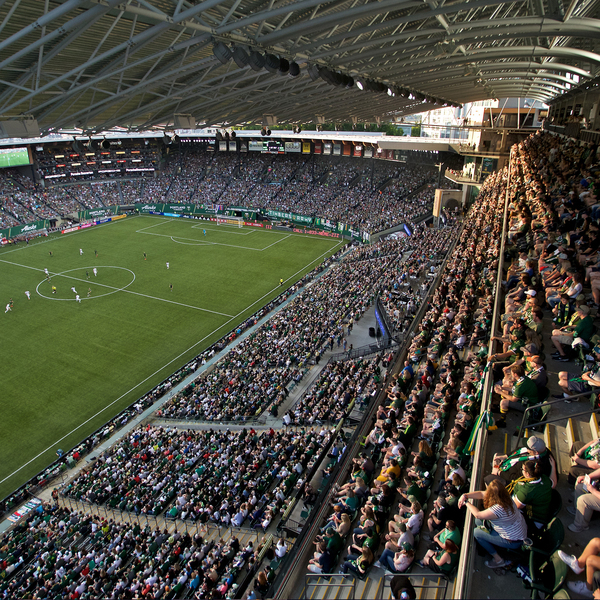 While it has held many different sporting events throughout its history, Providence Park will be remembered by most as a soccer stadium. In addition to its recent history as the host of both men's and women's professional soccer in United States domestic leagues, Providence Park has also played host to World Cup qualifying matches, Women's World Cup matches, and even the last official match played by Pele, one of the greatest players of all time.

Among the Women's World Cup matches played at Providence Park were the semifinals of the 2003 Women's World Cup, in which Germany defeated the United States by a 3-0 margin, and Sweden scored a 2-1 win over Canada.

Providence Park also holds the distinction of hosting one of the most iconic events in entertainment history, when Elvis Presley performed there, in what was one of the first outdoor rock shows on record.

This season, the Timbers and Thorns FC are investing more than $85 million in private funding to transform Providence Park, further enhancing one of the best fan experiences anywhere. The ambitious project is adding more than 4,000 new seats to raise the capacity to more than 25,000, also allowing the club to accommodate a sizeable number of fans on the team’s Annual Member Wait List. Moreover, the project represents a complete relaunch of the historic stadium, as the transformation includes extensive enhancements to the entire venue, including: a massive, state-of-the-art video board/scoreboard that measures more than two times bigger than the previous board, new LED field lighting, new locker rooms for both the Timbers and Thorns FC, a new team store, new and refreshed concession stands and concourse amenities on the westside of the stadium and additional ingress/egress gates.

What events are at Providence Park?

How much are tickets at Providence Park?

Where is Providence Park?