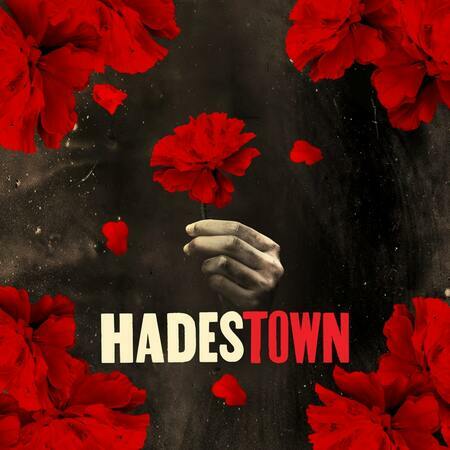 Hadestown is a 2016 musical adaptation of the 2010 folk opera of the same name. Both the opera and the musical are the brainchild of celebrated musician Anaïs Mitchell, who uses breathtaking scoring and witty lyrics to take audiences on a journey through ancient Greece. Hadestown is an original retelling of the Greek myth of Orpheus’ journey to the underworld to save his one true love, Eurydice. The off-Broadway production and London tour received critical acclaim, leading to the much-anticipated Broadway premiere in 2019. This inventive and immersive musical has already earned more than a dozen award nominations, winning the Richard Rodgers Award for Musical Theater (2016) and two Elizabeth Sterling Haynes Awards (2018).

The talented Amber Gray has been with Hadestown since 2016, reprising her role as Persephone once again. A vocal powerhouse with an impressive range, Amber Gray has been praised by critics for her charisma onstage. She has performed on stages all over the world, making her Broadway debut in the 2016 production of Natasha, Pierre & The Great Comet of 1812, which was her third time playing the role of Hélène. She earned a Theatre World Award for Outstanding Broadway Debut Performance for the role in 2017, and a Sterling Award for Outstanding Performance by an Actress in a Supporting Role in 2018 for Hadestown. The Broadway debut of Hadestown marks the tenth time Gray has worked under the direction of Rachel Chavkin, who is rising star in her own right. Chavkin has won four awards for her directorial work on Natasha, Pierre & The Great Comet of 1812, and a 2016 Obie Award for The Royale. She is hailed as an inventive director who often blends text, video, and sound design to create an immersive experience for audiences.

Patrick Page has also been with Hadestown since 2016, reprising his role as Hades once again to the delight of audiences everywhere. Best known for originating the role of The Green Goblin in Spider-Man: Turn Off the Dark, Page is a celebrated stage actor who has received several rewards throughout his career. Awards include the Hayes Award, The Princess Grace Award, and The Craig Noel Award.

Hadestown opened on Broadway at Walter Kerr Theatre. The first preview was on March 22, 2019, which sold out almost a month before curtain. Hadestown officially launched on April 17, 2019. Show days and times for Hadestown are varied, but Hadestown typically shows Tuesday and Thursday at 7 pm, Wednesday at 2 pm and 7:30 pm, Friday at 8 pm, Saturday at 2 pm and 8 pm, and Sunday at 3 pm.

What is Hadestown about?

Hadestown is an original retelling of the Greek myth of Orpheus’ journey to the underworld to save his one true love, Eurydice.

How much are Hadestown tickets?

Hadestown ticket prices on the secondary market can vary widely depending on the location, day of the week, season, and other factors. Hadestown tickets can be found for as low as $72.00, however the national average is $222.00.

How to get cheap Hadestown tickets?

If you’re looking for cheap Hadestown tickets, tickets can be found for as low as $85.00. Additionally, once you click on your preferred event date, use the “sort by price” button located in the top left hand corner of the event page to sort all available Hadestown tickets by cheapest tickets available.

What is the recommended age for Hadestown?

Most shows will have both a recommended age limit and minimum age requirements. Generally, children under the age of 4 are not permitted at Broadway shows. Hadestown is intended for ages 8 and up.

How long is Hadestown?

Hadestown is approximately 2 hours and 30 minutes with one intermission.

What should I wear to Hadestown?

There is no specific dress code for Hadestown. Some people like to dress up an others will go in jeans. It is recommended to avoid anything too casual such as tank tops and cut off shorts.

Who's in the original cast of Hadestown?

How to buy Hadestown tickets

SeatGeek is the best way to browse, find, and buy Hadestown tickets.