As expected, Taylor Swift has announced a string of 2020 concert dates in support of the Lover tour. Although, the tour isn’t as robust as some fans may have been hoping (yet). Currently, Swift is scheduled to kick off the fun in June with a run of shows throughout Europe and South America. On July 25 and 26, she’ll perform at her very own Lover Fest West (a two-night run at the SoFi Stadium in Los Angeles).

According to the tour press release, Swift will make history as the first woman to ever open an NFL stadium when she performs in Los Angeles next summer.

The Lover album is open fields, sunsets, + SUMMER. I want to perform it in a way that feels authentic. I want to go to some places I haven’t been and play festivals. Where we didn’t have festivals, we made some. Introducing, Lover Fest East + West! https://t.co/xw6YMN38WE pic.twitter.com/IhVPQ8DMUG

You have a couple options for purchasing Taylor Swift tickets:
1. You should check Taylor’s official site for information on whether tickets are available
2. If the show you’re looking at is sold out, you can always find tickets on SeatGeek’s Taylor Swift tickets page

You can also see some of the upcoming Taylor Swift tour stops below:

The average price for Taylor Swift tickets is $125 but this depends on a ton of factors, namely where you’re seeing Taylor and where your seats are. Therefore, we recommend looking at the actual Taylor Swift event you’re interested in to see prices. That being said, we’ve used our ticketing data to give you a sense of Taylor Swift ticket prices below: 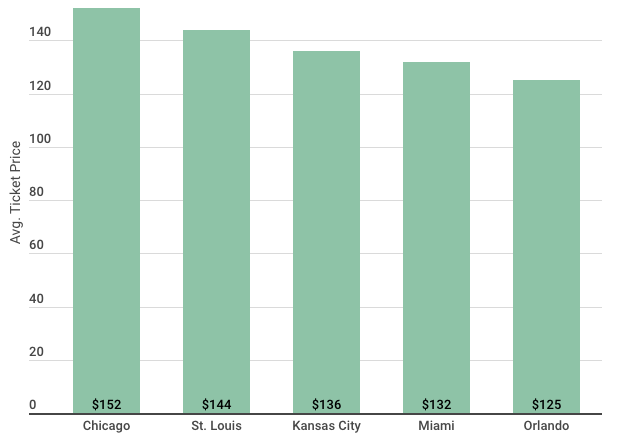 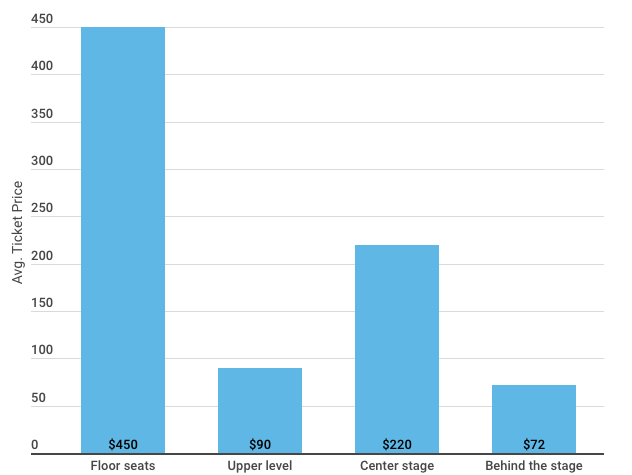 Some essential information to get you ready to see Taylor in concert:

Based on setlist.fm, Taylor Swift’s setlist on this tour is likely to include:
-… Ready for It?
-I Did Something Bad.
-Gorgeous.
-Style / Love Story / You Belong With Me.
-Song played from tape. Look What You Made Me Do.
-Look What You Made Me Do
-End Game
-King of My Heart
-Delicate
-Shake It Off
-Dancing With Our Hands Tied

You can listen to most of these songs on Spotify:

People seem to be excited about Taylor’s upcoming tour:

“Swift is always an artist who feels compelled to swerve somewhere new – even in those moments where she seems like the only one in the room who wouldn’t be delighted with more of the same Old Taylor tricks. She just isn’t content to be a More of the Same artist. In a show that was packed with highlights, “All Too Well” was the moment it was impossible to beat – it’s just the kind of song that can’t be topped, and there was something sweet about the way Swift temporarily surrendered her constant urge to remake and remodel, just playing the song on acoustic guitar.”
–Rolling Stones

“I begin to realize that this is the best way to understand the Reputation Stadium Tour: as an oversized, high-tech touring Broadway production with a mostly tremendous soundtrack.”
–StereoGum

“If there was any doubt that Taylor Swift inspires her audience, it was laid to rest here at the opening night of the Australian leg of her Reputation tour. Jumpsuits, sequined jackets and snakeskin outfits referenced video clips and song titles. There’s a sophistication about Taylor Swift that can be shared by tots, teens and twentysomethings… and their mums (and dads).”
–The Guardian