How to Get Courtside NBA Tickets

Long known by sports fans as a status symbol and a way to rub elbows with the rich and famous, courtside seats at an NBA game are undoubtedly the best tickets in the house. Being able to take in all the action from just feet away from some of the best athletes on the planet is the ultimate way to watch a basketball game, so it’s not surprising that sitting courtside at a game is a bucket list experience for many sports diehards.

If you’ve watched an NBA game on television within the past handful of years, you’ve surely seen some of the most instantly recognizable people in American pop culture taking in game action from the seats closest to the court, including the likes of Canadian rapper Drake, actor Jack Nicholson, renaissance man Justin Timberlake and celebrity power couple Jay-Z and Beyoncé.

How to Get Courtside Tickets

If you’re looking to get your hands on courtside tickets, there are plenty of ways to do so. Here’s a quick list of some of the options available:

The smartest option is to get your tickets through SeatGeek. SeatGeek has you covered for all your NBA ticketing needs, including courtside tickets. In addition to having the largest ticket inventory on the internet, SeatGeek also has its own Deal Score system, which makes finding the best bargain on your desired seat a cinch. Shopping on SeatGeek? Don’t forget to use code TBA20NBA to save $20 off your purchase of $100 or more.

You can find courtside seats by heading to the event page for the game you’re interested in. Once there, select the courtside seats you’d like and view the pricing details on the left. Use Deal Score to determine which tickets are the best deal. 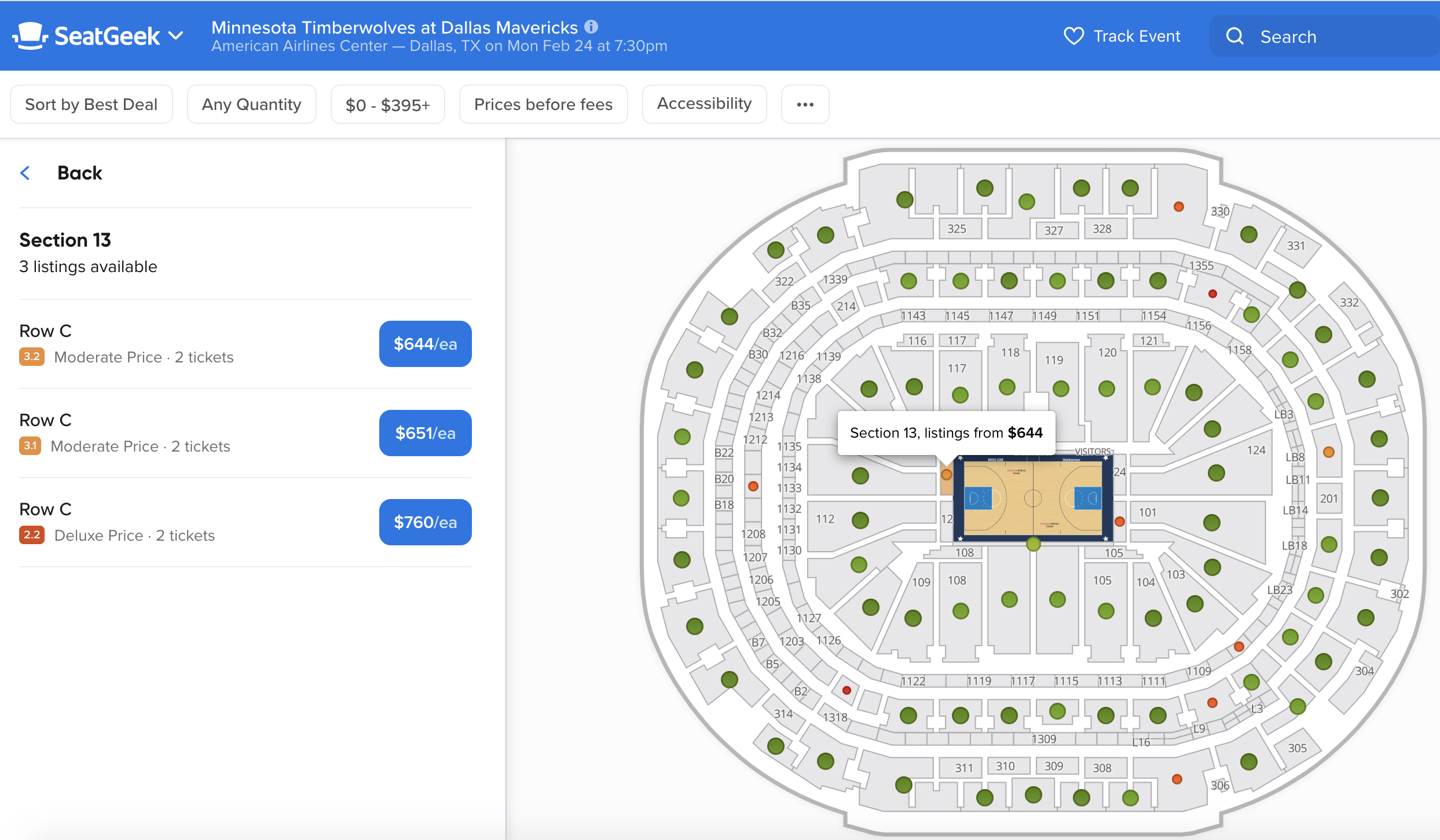 You can also zoom in to explore the rows and courtside details more closely. 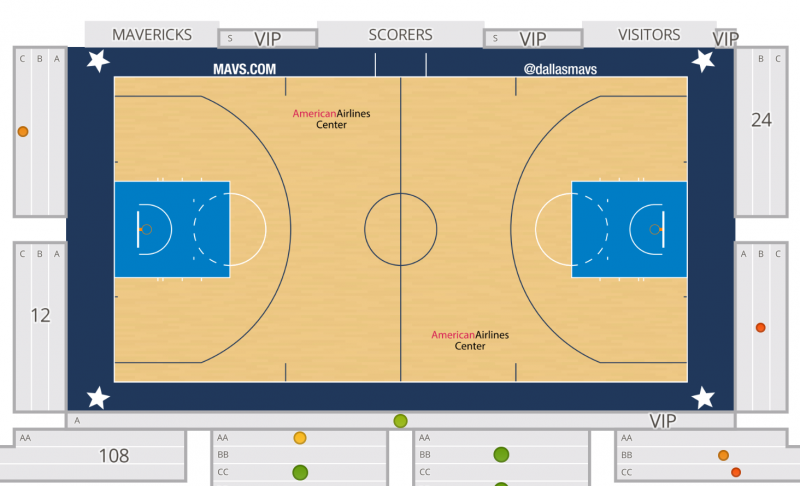 Courtside tickets are available for purchase for millionaires and common folks alike through each NBA team’s ticketing websites as well as through the league’s website at NBATickets.com. Single-game courtside options can become a bit limited due to the high percentage of season tickets held for the best seats in the house. If you’re looking to sit courtside for a particular matchup, you should try and secure your seats as far in advance as possible.

What teams have the cheapest courtside seats?

When it comes to buying courtside seats for playoff games, the only people that seem to be able to afford them are the uber-wealthy–at least during playoff games. However, tickets for courtsides during the regular season can be surprisingly economical depending on the team. Here are the five most affordable.

Having not posted a winning season since 2016, it’s not much of a surprise that the Dallas Mavericks offer the cheapest courtside tickets in the league by a wide margin. However, the Mavericks have restocked their roster with young talent over the past two years, including last year’s Rookie of the Year, Luka Doncic. For a team that’s seemingly trending in the right direction, courtside tickets to Mavericks game offer a great bang-for-your-buck.

The second cheapest courtside ticket in the league belongs to the Phoenix Suns, who have posted a combined total of 87 wins over the past four seasons. Similar to the Mavericks, the Suns have also amassed a decent group of young talent which will be exciting to watch — including the likes of recent No. 1 overall pick Deandre Ayton, rookie Jarret Culver and prolific scorer Devin Booker.

Stuck in the middle of a rebuild, it’s not surprising that the Atlanta Hawks would offer one of the more modestly priced courtside seating offerings. After making the playoffs for 10 consecutive seasons, Atlanta has stumbled mightily over the past two years but has been wheeling-and-dealing and acquiring as many assets as possible. One reason to check out a Hawks game in person is 20-year-old guard Trae Young, who averaged over 18 points and 8 assists per game for Atlanta in his rookie campaign last year.

After a five-year hiatus from the postseason, the Denver Nuggets were able to make it to the playoffs last year, ultimately making quite a bit of noise as they eliminated the Spurs in the first round before losing in the Conference Semifinals thanks to an incredible Damian Lillard buzzer-beater. Priced at just under $500 per ticket, Nuggets courtside seats should be a tremendous value for the upcoming season, given how much improvement the team showed in the 2018-19 campaign.

Coming in at the fifth cheapest courtside ticket is the Indiana Pacers, who have qualified for the NBA Playoffs in each of the last four seasons. Led by guard Victor Oladipo and forward Bojan Bogdanovic, the Pacers will be looking to make it past the first round of the playoffs in 2019-20, something they haven’t done since 2013-14.

What are some of the perks of sitting courtside?

There are a seemingly endless number of perks that go hand-in-hand with courtside tickets, which fall into three main categories: amenities, access and visibility.

Courtside seats provide unparalleled access to a basketball game as you are just feet away from the best players in the world. You’ll be able to hear the players communicate on the court and you’ll have the best view in the house.

If you sit courtside, you’re almost certainly going to get on television at some point. Another added benefit for sitting courtside is that it’s a great way to flex for your social media accounts, as you’re sure to make your followers jealous when you post a picture of yourself on the court on Instagram or Twitter.

(Photo by Markus Spiske on Unsplash)