The 7 Best College Basketball Stadiums of All Time

The 2017-2018 college basketball is finally underway. From fantastic freshman players to buzzer-beaters and everything in between, there’s nothing else quite like NCAAB. In celebration of this season’s tipoff, we’ve put together a list of seven of the best college basketball arenas in the sport today.

Since its current iteration’s opening in 1968, Madison Square Garden has been considered to be one of the most iconic sports venues in the world. Located at the intersection of 5th Avenue and Broadway in Manhattan–at the heart of perhaps the world’s most recognized city–every game played at MSG has a distinct “big game” feel. There have been countless classic college basketball games played over the almost 50-year history of the venue. Madison Square Garden hosts various high-profile college basketball tournaments such as the NIT each season, where hundreds of amateur players play on the same floor as the legends of the game that came before them. 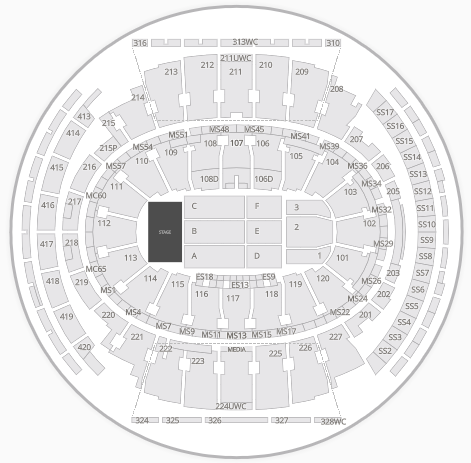 The University of New Mexico

Perhaps one of the quirkiest college basketball venues in the nation, the University of New Mexico’s home arena, dubbed “The Pit,” was a shoo-in for this list. The stadium itself is actually 37 feet below street level due to the fact that it was built on a mesa. The Pit has hosted various NCAA tournament games with the most high-profile matchup being the 1983 Championship which ended on an iconic buzzer-beating dunk. Despite a modest seating capacity of 15,411, the Pit has been known to get extremely loud, which prompted basketball writer John Feinstein to say that experiencing a game in the stadium was akin to the experience of watching “Roman gladiators emerging into a wall of sound.”

The University of Indiana

Long-considered to be one of the hubs of collegiate hoops, it’s no surprise that an arena from the state of Indiana made our list. The University of Indiana’s Assembly Hall was once dubbed the “Carnegie Hall of basketball” by sportscaster Gus Johnson, and the Hoosiers have certainly enjoyed playing at the venue since it opened in 1971. Assembly Hall has been considered to be one of the loudest venues in the sport, and Indiana’s raucous crowds have given the team an incredible home-court advantage. In the 2015-16 season, both of Indiana’s men’s and women’s basketball teams went undefeated at home thanks in part to the crowds in Bloomington. 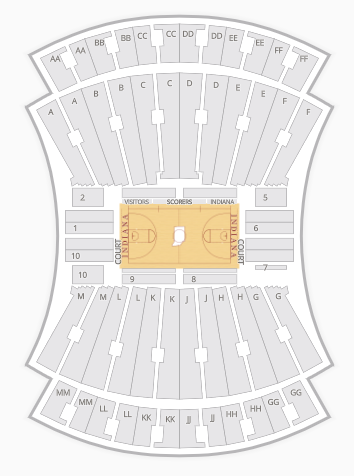 The University of Kentucky

The University of Kentucky basketball team has been one of the most successful programs in the history of college basketball, winning eight Division I championships. Under Coach Jon Calipari, Kentucky has been an absolute powerhouse, making the Final Four in four out of the last seven seasons – winning the title in 2012. Rupp Arena, where Kentucky plays their home games, is the largest arena in the United States that was specifically designed for basketball. The arena itself is an incredible place for the average fan to see a game as there are no luxury suites. 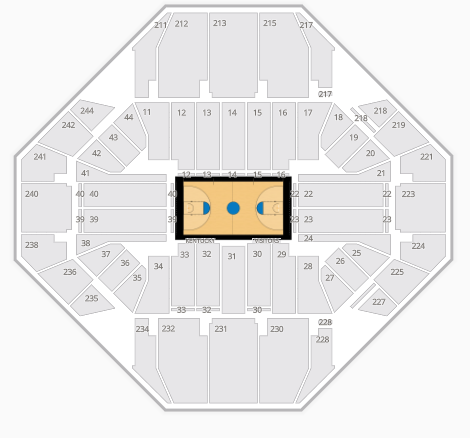 Our next spotlighted arena is Syracuse University’s Carrier Dome, which is a quirky domed sports stadium that is home to Syracuse’s football and basketball games. The dome itself provides a fantastic home court advantage, as the sound echoes loudly due to the dome’s inflatable roof. Dubbed the “Loud House” in the late 1980s, the stadium itself can get quite packed for big games due to the fact that the Carrier Dome’s seating capacity for basketball is over 35,000 people. 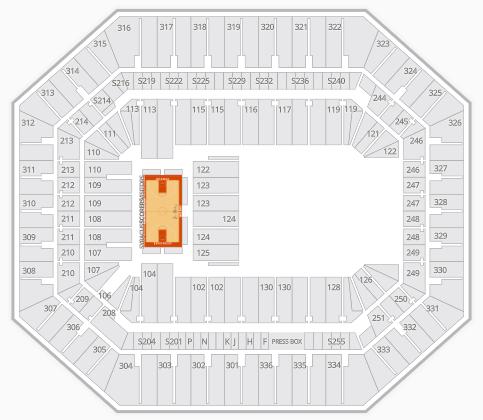 When you think about college basketball, one of the first things that likely comes to mind is Duke University and their home court, Cameron Indoor Stadium. The home fans, dubbed “Cameron Crazies”, paint their faces and bodies and their cheering has reached upwards of 121 decibels – about as load as a jackhammer or a chainsaw revving at close range. The atmosphere at Cameron is unlike anywhere else in the sport as there the arena itself seats just 9,314 fans. However, when all these fans band together to cheer on Duke, it can be one of the most intimidating home court advantages in all of sports. 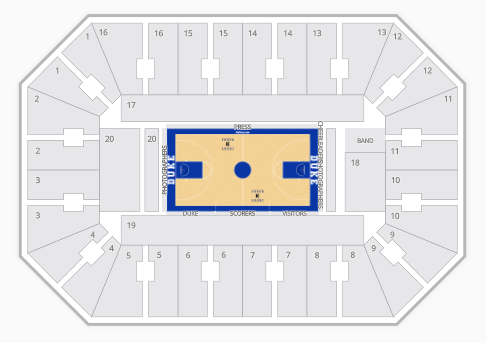 The University of Kansas

The Allen Fieldhouse in Lawrence, KS, has been statistically one of the toughest places to play for visiting teams for over twenty years. Since 2007, the University of Kansas Jayhawks basketball team has gone 140-3 at home, which is statistically the most significant home court advantage in all of sports. A Kansas basketball game earlier this season set the Guinness World Record for the loudest indoor arena at 130.4 dB, which is considered to be painfully loud for the average human. Given the fact that the inventor of the sport, Dr. James Naismith, coached at Kansas in the late 1800s, it’s no surprise that the Jayhawks rich basketball history continues to flourish to this day. 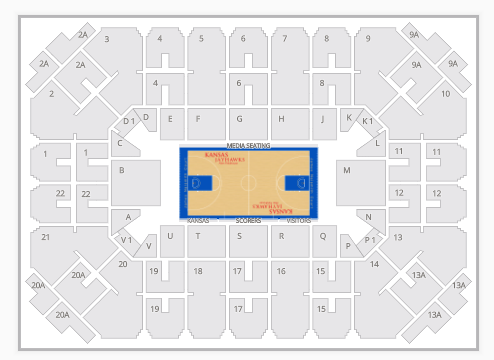