Austin City Limits 2022: Everything You Need to Know

One of the most iconic festivals in the country returns to the Live Music Capital of the World this weekend. That’s right, Austin City Limits is here! Whether you’re already attending, looking for tickets or simply daydreaming about going next year, here’s everything you need to know before heading to Austin City Limits.

When is Austin City Limits?

The festival takes place at the beautiful Zilker Park, nestled right in Downtown Austin, and draws an estimated 450,000 people per year.

How to Get Austin City Limits Tickets

Are you still looking for tickets to Austin City Limits weekend 1 or weekend 2? Find last-minute wristbands on SeatGeek today. Right now, full 3-day weekend tickets cost ~$330 and one-day passes range from ~$150 to ~$250 depending on the day.

What Should and Shouldn’t You Bring to ACL?

Preparing for a long day at a music festival is not the simplest task. It’s even more difficult during a hot day underneath the texas sun. Before you head over to the festival gates, make sure you have these items ready to go.

Before you begin packing, make sure you’re following the bag policy. You can bring in a bag that’s made of clear plastic, vinyl or PVC and isn’t larger than 12” x 12” x 6”. Permitted bag types are tote bags, drawstring bags, and small purses. Remember, all bags will be searched before entering the festival.

Hydration packs like CamelBaks can be brought in and don’t have to be clear, but they can’t have more than two pockets.

What to Bring to ACL

Now that you know what type of bag you can bring, here’s what you should be packing for ACL:

What Not to Bring to ACL

As always for large festivals, there are a number of prohibited items you shouldn’t bring. In general, the items you’d expect to be prohibited are prohibited. Austin City Limits Festival doesn’t allow outside alcohol, illegal substances, drones, glass containers, etc. If you’re unsure about a certain item, check the full list of prohibited items. 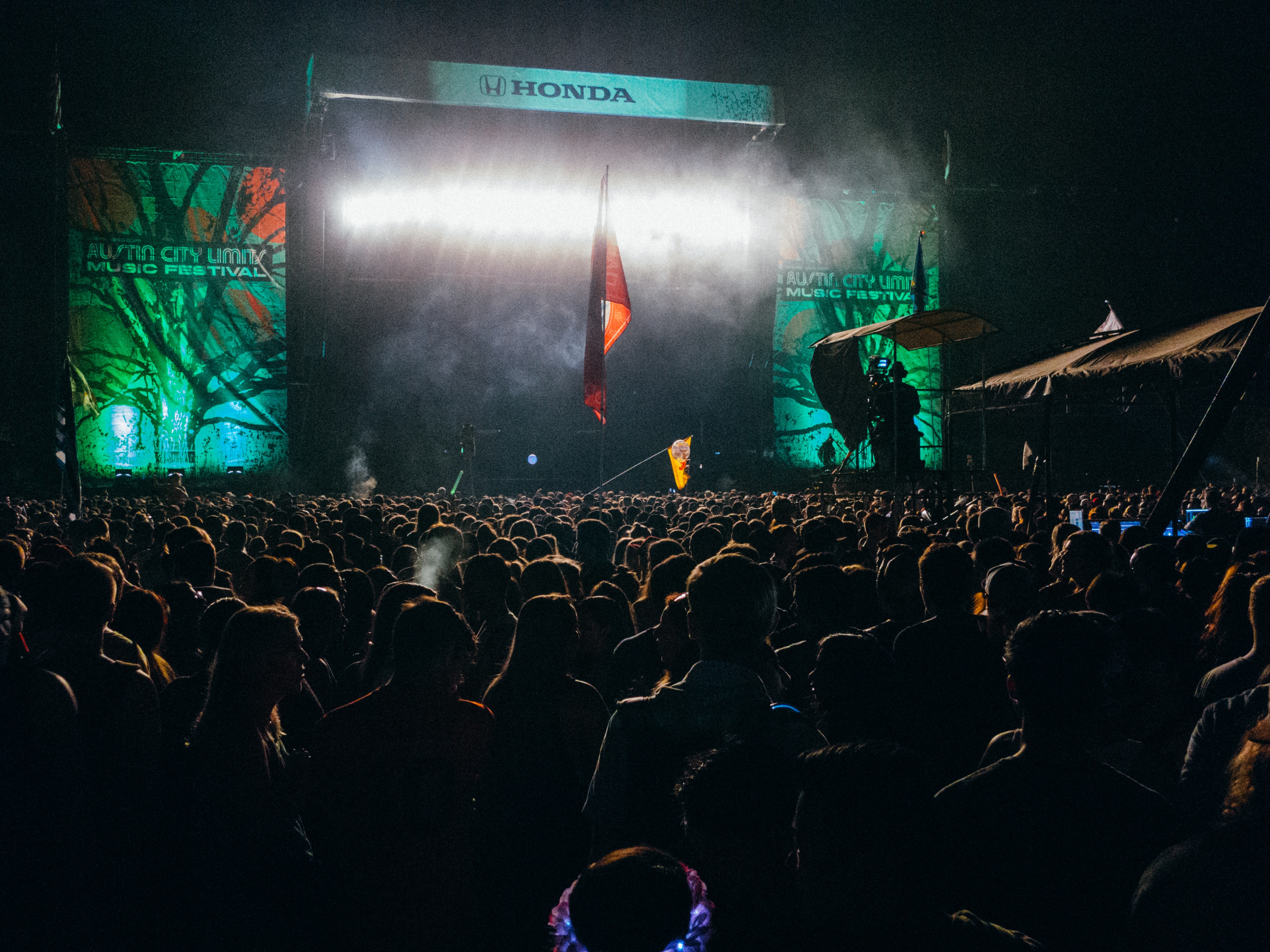 The weather in Austin can be a bit unpredictable. Weekend 1 calls for mostly hot days, cooler nights and cloudy skies. Expect high 80s and lower 90s in the day and a drop into the mid-high 70s once the sun goes down. Plan on wearing typical summer festival clothing, but consider an extra light layer for when the sun goes down.

Although the forecast can change, Weekend 2 is looking a bit worse weather-wise. Each day for weekend 2 has a 30-40% chance of rain with highs of 85 and lows of 60. Keep close tabs on the weather forecast as weekend 2 approaches, but plan to have a rain jacket handy.

Where to Eat and Drink at Austin City Limits

The music is the biggest draw to Austin City Limits, but the food is not to be overlooked. The food lineup is almost as highly-anticipated as the music lineup. Okay maybe not quite… but the ACL fare highlights Austin’s eclectic food scene beautifully. Here are a few standout vendors to keep an eye out for around the ACL Eats Food Court:

Unsurprisingly, traffic around Austin for ACL weekends gets hectic. One of the easiest options for getting to and from Austin City Limits are the complimentary shuttles. The shuttles board at Republic Square Park and drop off for return at the same spot. Shuttles start running at noon on Fridays and 11am on the weekends. The shuttles come every 15 minutes.

Another great way to get around Downtown Austin are the scooters and bike rentals. There are plenty of these around Downtown and should provide easy access to Zilker Park. Make sure to obey the laws of the road and watch out for pedestrians and cars, as it’s going to be busy.

As always, ridesharing is always an option. However, know that prices will likely be very expensive over the weekend and there could be road closures and interruptions around the ACL entrances.

Now that you know the essentials for your ACL weekend, here are some of our favorite pro tips to ensure your weekend is one to remember.

Now that you’re fully prepared for Austin City Limits, go out and hit Zilker Park for a weekend you won’t soon forget.

Your Ultimate Guide to When We Were Young Festival