when new Beetlejuice events are added in your area. 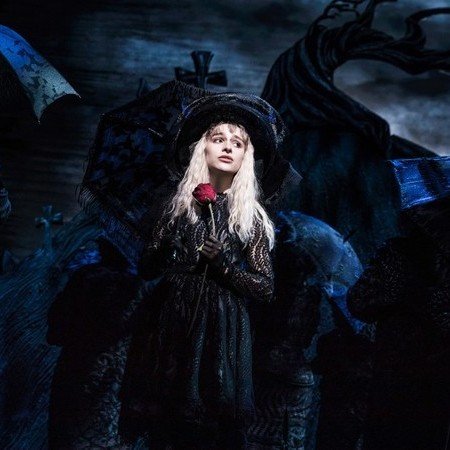 Based on the 1988 film of the same name, Beetlejuice the musical follows a recently deceased couple trying to haunt the new owners of their house. Billed as “the funniest musical this side of the other side,” Beetlejuice is sure to have audiences in stitches right from the beginning. Like the film, Beetlejuice centers around Lydia, the death-obsessed daughter of the house’s new owners. Played by Sophia Anne Caruso, Lydia steals the show and brings witty darkness to this wild and wacky comedy.

Directed by Alex Timbers and composed by Eddie Perfect. Alex Timbers has several stage credits to his name and is the recipient of Golden Globe, Drama Desk, Outer Critics Circles, and two OBIE awards, just to name a few. He directed the Broadway production of Rocky, earning him a nomination for a 2012 Tony Award. The 2019 Broadway production of Beetlejuice is wild and witty with an original score features a full orchestra. Like his directing counterpart, Eddie Perfect brings his talent to Beetlejuice, weaving a musical story with a host of original songs, plus two film favorites delightfully arranged for the new musical. Eddie Perfect has won two Helpmann Awards for his live performances in Australia, one for Best New Australian Work for Shane Warne: The Musical (2009), and the other for Best Cabaret Performer for Misanthropology (2011). Best known for his political comedy, Eddie Perfect has appeared on many Australian television shows, and in 2016 competed on the 8th season of Australia’s Got Talent.

Beetlejuice also features stunning sets by celebrated designer, David Korins. Despite the striking color palette and creative backdrop that carries audiences between the land of the living and the dead, fans will surely be most delighted by the largest sandworm ever to grace the stage. Like the movie, Beetlejuice the musical is fun and dark and is sure to be as beloved as its on-screen predecessor. With all the talent working both on stage and behind the scenes of Beetlejuice it’s no wonder critics and fans alike are buzzing about this much-anticipated musical adaptation of the 1988 cult classic.

What is Beetlejuice about?

Based on the 1988 film of the same name, Beetlejuice the musical follows a recently deceased couple trying to haunt the new owners of their house.

How much are Beetlejuice tickets?

Beetlejuice ticket prices on the secondary market can vary widely depending on the location, day of the week, season, and other factors. Beetlejuice tickets can be found for as low as $49.00, however the national average is $123.00.

How to get cheap Beetlejuice tickets?

If you’re looking for cheap Beetlejuice tickets, tickets can be found for as low as $59.00. Additionally, once you click on your preferred event date, use the “sort by price” button located in the top left hand corner of the event page to sort all available Beetlejuice tickets by cheapest tickets available.

What is the recommended age for Beetlejuice on Broadway?

Most shows will have both a recommended age limit and minimum age requirements. Generally, children under the age of 4 are not permitted at Broadway shows. Beetlejuice is intended for ages 12 and up.

How long is Beetlejuice?

Beetlejuice is approximately 2 hours and 30 minutes, including one intermission.

What should I wear to Beetlejuice?

There is no specific dress code for Beetlejuice. Some people like to dress up an others will go in jeans. It is recommended to avoid anything too casual such as tank tops and cut off shorts.

How to buy Beetlejuice Broadway tickets

SeatGeek is the best way to browse, find, and buy Beetlejuice tickets.

Use code TBA20BLOG for $20 off your SeatGeek purchase of $100 or more! The smash hit musical Beetlejuice has announced its final Broadway date. The ghost with the most will wrap up his Tony-nominated ...