About Chicago (The Musical) Tickets 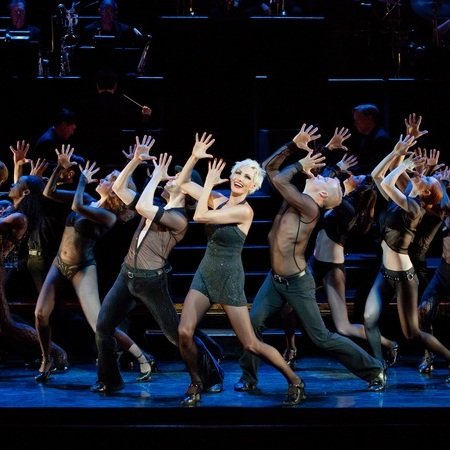 Chicago is a musical based on the play of the same name by Maurine Dallas Watkins in 1926. The musical’s book was written by Bob Fosse and is a satire on criminal justice corruption and the concept of celebrity criminals. The original production was choreographed by Bob Fosse and ran until 1977. It was revived in 1996 and has been going strong ever since.

Chicago was so popular that a film adaption was released in 2002. The film adaptation of Chicago won the Academy Award for Best Picture and reignited interest in this stunning Broadway musical. Set in the Jazz age, Chicago follows the story of true life murderesses Beulah Annan and Belva Gaertner. Both women were acquitted of their crimes, which many believed was because of their attractiveness. Maurine Dallas Watkins was a reporter for the Chicago Tribune at the time and was assigned to cover both cases. Her columns were so popular it inspired her to write the play Chicago, which ran for 172 performances in 1926. It was nearly fifty years later when the musical opened to critical acclaim and great success. Holding the record for longest-running musical revival and the longest-running American musical in Broadway history, Chicago has played at the Ambassador Theatre in New York since 2003.

Like many of the grand theatres built in the 1920s, the Ambassador Theatre in New York was designed by famed architect Herbert J. Krapp. Opened in 1921, the most notable feature of the building is that fact that it is situated diagonally on the site to fit the maximum number of seats. Externally there is no hint of the unique layout that allows the Ambassador Theatre to accommodate over 1,100 people. Such notable stage productions and Death Takes a Holiday (1931), The Diary of Anne Frank (1955), and Stop the World-I Want to Get Off have graced the stage of the Ambassador Theatre, which will celebrate its hundredth anniversary in February of 2021.

While the original production of Chicago was nominated for more than a dozen awards, it only won a single award in 1976 for Outstanding Lighting Design (Drama Desk Awards). But the 1996 Broadway revival saw Chicago taking home nearly all of the awards it was nominated for. Among those were six Tony Awards, six Drama Desk Awards, and the 1998 Grammy Award for Best Musical Show Album. Both the Tony Awards and Drama Desk Awards recognized Bebe Neuwirth (Cheers and Frasier) as Outstanding Actress in a Musical.

What is Chicago the musical about?

Chicago the Musical is a satire that follows the story of true life murderesses Beulah Annan and Belva Gaertner. Both women were acquitted of their crimes, which many believed was because of their attractiveness.

How much are Chicago the musical tickets?

Chicago the Musical ticket prices on the secondary market can vary widely depending on the location, day of the week, season, and other factors. Broadway Chicago tickets can be found for as low as $70.00, however the national average is $122.00.

The 2020 Chicago tour schedule is listed below.

What is the Recommended age for Chicago?

Most shows will have both a recommended age limit and minimum age requirements. Generally, children under the age of 4 are not permitted at Broadway shows. Chicago is intended for ages 12 and up.

How long is Chicago the Musical?

Chicago is approximately 2 hours and 30 minutes, with one intermission.

What should I wear to Chicago the musical?

There is no specific dress code for Chicago the Musical. Some people like to dress up an others will go in jeans. It is recommended to avoid anything too casual such as tank tops and cut off shorts.

Who was in the original cast of Chicago?

The original cast of Chicago includes:

How to buy Chicago the musical tickets

SeatGeek is the best way to browse, find, and buy Chicago tickets.