Since opening at the Music Box Theatre in December 2016, Dear Evan Hansen has quickly become the latest sensation in the world of musical theater. The show instantly established itself as one of Broadway’s hottest tickets, earning great acclaim from audiences and critics alike. It earned a Critic’s Pick designation from New York Times critic Charles Isherwood, who praised the play for appealing to emotion without coming off as saccharine. “The musical is ideal for families looking for something yeastier and more complex than the usual sugary diversions,” he wrote. Many also gave the show props for its timeliness, as Dear Evan Hansen successfully captures a moment where society tries to understand the perception-bending powers of social media. “Nothing on social media is true, the show demonstrates; we are all fake news,” critic Jesse Green wrote for Vulture. “How could that not be the case when we have not even learned to speak honestly — except perhaps in the theater — about the truest, most difficult things?” 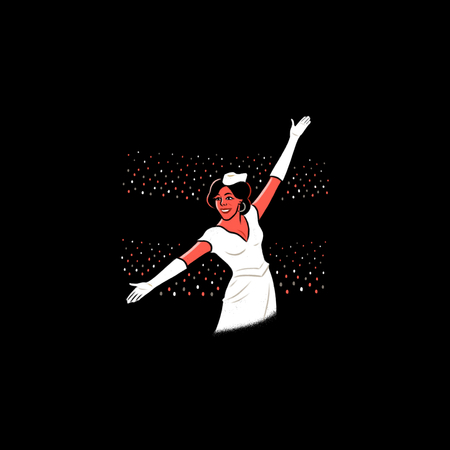 The play follows its title character, Evan Hansen (formerly played by Ben Platt, who was succeeded by Taylor Trensch), a teenage loner who finds himself an unwitting source of hope and comfort in the wake of the suicide of one of his peers. The show also stars Laura Dreyfuss (Once) as Evan’s crush Zoe, and Rachel Bay Jones (Pippen) in a brilliant performance as Evan’s mother. Dear Evan Hansen was the darling of the 71st Tony Awards in June 2017, winning a season-high six awards, including Best Musical. Ben Platt won for Best Performance by a Leading Actor in a Musical and Rachel Bay Jones took home Best Performance by an Actress in a Featured Role in a Musical.

What is Dear Evan Hansen about?

Dear Evan Hansen follows its title character, Evan Hansen a teenage loner who finds himself an unwitting source of hope and comfort in the wake of the suicide of one of his peers.

How much are Dear Evan Hansen tickets?

How to get cheap Dear Evan Hansen tickets?

What is the recommended age for Dear Evan Hansen?

Most shows will have both a recommended age limit and minimum age requirements. Generally, children under the age of 4 are not permitted at Broadway shows. Dear Evan Hansen is intended for ages 12 and up.

How long is Dear Evan Hansen?

Dear Evan Hansen is approximately 2 hours and 30 minutes, with one intermission.

What should I wear to Dear Evan Hansen?

There is no specific dress code for Dear Evan Hansen. Some people like to dress up an others will go in jeans. It is recommended to avoid anything too casual such as tank tops and cut off shorts.

Who was in the original cast of Dear Evan Hansen?

SeatGeek is the best way to browse, find, and buy Dear Evan HansenTickets.

The Best Broadway Shows in 2020: Everything You Need to Know

Use code BROADWAY20 at checkout to save $20 on your purchase of $100 or more! Check out our ever-growing, always-updating, comprehensive directory of Broadway theater! (Or check out our festiva Pro ti...