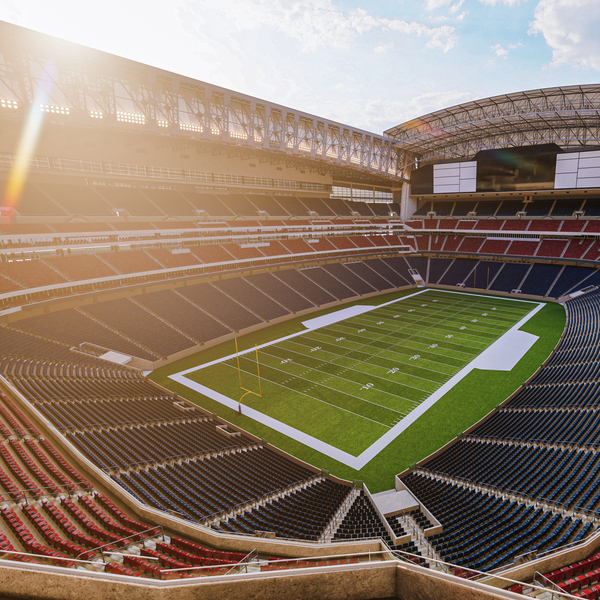 NRG Stadium is one of the most exciting places to see live music in Houston, if not all of the United States. A number of amazing artists and events have graced the stage at NRG Stadium. Notable past performers include Beyonce, Garth Brooks, U2, and many more.

SeatGeek offers a NRG Stadium seating chart in order to help fans find the perfect seat. There are also "seat view" previews from every section to give attendees as much insight as possible before they make a purchase.

To view all other concerts happening in the Houston area outside of just NRG Stadium, visit our Houston concert tickets page.

Image credit for Houston Texans: This image is available through Creative Commons (@eschipul - Flickr) and has been modified from the original. Email images@seatgeek.com with any questions.