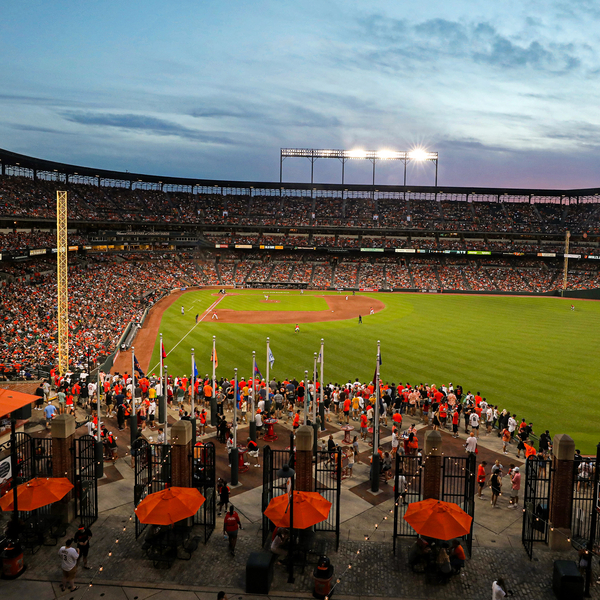 Finished in 1992, Oriole Park at Camden Yards broke with tradition in ballpark design and began a tradition of its own. Throughout the 1960s and 1970s, most stadiums built in the US were multipurpose stadiums designed to host both baseball and football teams. The multipurpose stadium emphasized function over design, often leading to ugly stadium designs in less-than-ideal locations to accommodate large parking lots. Although those stadiums could technically host both baseball and football, they were not ideal for either. The stadiums were often too large for baseball crowds and often used artificial turf instead of a grass surface. Players from both sports complained that the turf surface was dangerous and caused preventable injuries.

After the NFL’s Colts left Baltimore for Indianapolis, the city no longer needed to make accommodations for football. Work began on a new stadium for Baltimore’s only remaining major pro sports franchise: Major League Baseball’s Baltimore Orioles. Oriole Park at Camden Yards is a “retro-classic” ballpark design, paving the way for many MLB teams that have moved on from multipurpose stadiums and into (much prettier) retro-style ballparks.

The seating capacity at Camden Yards is 45,971. The park is located near the Inner Harbor in downtown Baltimore. Across the street from a stadium is the B&O Warehouse, a local landmark — and the longest building on the east coast — that was incorporated into the design of the ballpark (it’s a prominent part of the surrounding scenery). The Orioles currently use the warehouse for team offices, and fans can use the space as a wedding venue. Eutaw Street, the street between the stadium and the warehouse, has many game-day attractions and restaurants.

Oriole Park hosts few non-baseball events, but Pope John Paul II delivered a Mass there in 1995. The park also hosted the 1993 All-Star Game, where Ken Griffey Jr. hit a ball in the Home Run Derby that hit the B&O Warehouse — the only time the warehouse has ever been struck. The Orioles have not yet hosted a World Series at Camden Yards. The stadium last hosted playoff baseball in 2014, when the Orioles played the Royals in the American League championship series.

What events are at Oriole Park at Camden Yards?

How much are tickets at Oriole Park at Camden Yards?

Where is Oriole Park at Camden Yards?

Image credit for Baltimore Orioles: This image is available through Creative Commons (@keithallison - Flickr) and has been modified from the original. Email images@seatgeek.com with any questions.