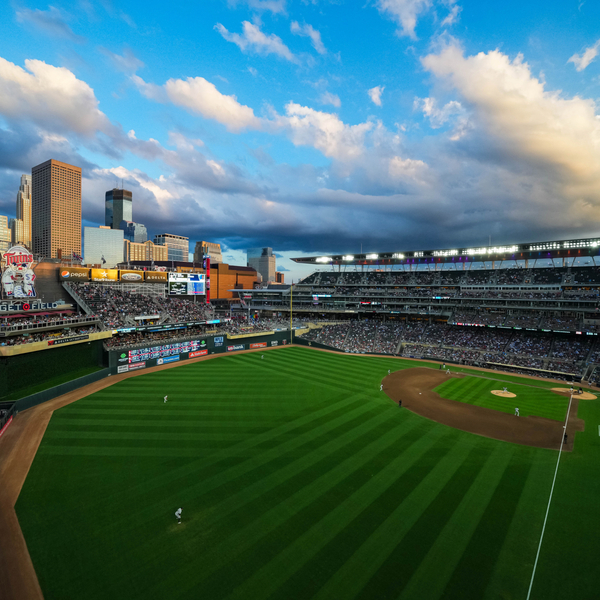 Still in its first decade of operation, Target Field plays host to the Minnesota Twins of Major League Baseball. The park opened in 2010, when the Twins moved from the Hubert H. Humphrey Dome, an indoor venue, to this much more modern outdoor facility. Given the turf and plastic bag-like fences at their previous home, the Twins and their fans surely enjoy a much better experience during home games than they used to.

When Target Field opened, it was immediately lauded as one of the state of the art ballparks in all of Major League Baseball. With amenities like heating around the ballpark for fans who attended games during the many cold days of the year in Minnesota, along with a much more aesthetically pleasing venue, Major League Baseball selected Target Field to be the host of the 2014 All-Star Game. That All-Star Game was won by the American League by a score of 5-3, in what will be remembered as the final All-Star Game of Derek Jeter's storied career.

The Twins have made the playoffs just once since in the Target Field era, in 2010, when the team lost to the Yankees in the ALDS. Minnesota hopes to get back to the level of success they reached in the days of Kirby Puckett and company, to bring some prestige to this young stadium.

What events are at Target Field?

Target Field is primarily used as the home of MLB's Minnesota Twins. However, Target Field does host a number of other concerts and events. See full Target Field schedule above.

How much are tickets at Target Field?

Where is Target Field?

Image credit for Minnesota Twins: This image is available through Creative Commons (@ekilby - Flickr) and has been modified from the original. Email images@seatgeek.com with any questions.