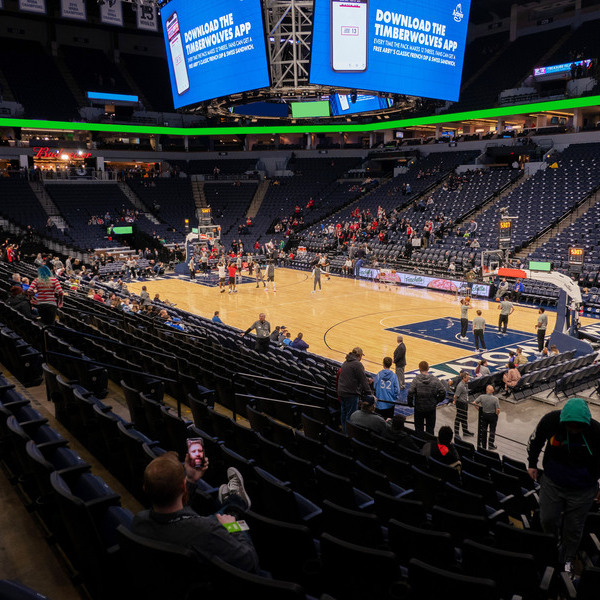 In addition to housing these two teams, the Target Center hosts a wide variety of other events, including concerts and private events. It's even been the site of a few political events, like Gov. Jesse Ventura's inaugural People's Celebration in 2016 and Ron Paul's Rally for the Republic in 2008, cementing its position as an important part of the city's cultural and social life.

It echoes the surrounding culture in other ways as well. As a leader in environmentally conscious event spaces, the Target Center became the first arena in North America to install a green roof in 2009. It's the 5th largest extensive green roof in the nation and captures nearly one million gallons of stormwater to prevent drainage into the Mississippi River. The arena's management has also shown itself to be quite health conscious, banning smoking and tobacco ads before many other arenas.

Throughout 2016 and 2017, the Target Center got a major renovation, totaling $140 million and touching "every surface" of the Center's structure. From upholstered seats to new aesthetic features such as a basketball net chandelier in the atrium, the new Target Center is a luxury sports or entertainment experience.

What events are at Target Center?

How much are tickets at Target Center?

Where is Target Center?