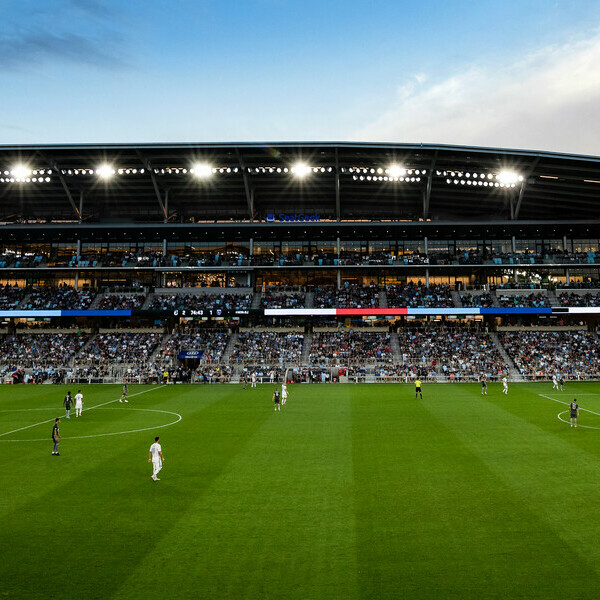 Allianz Field is a 19,400-seat stadium that hosts Major League Soccer’s Minnesota United FC. The club played its first two seasons at TCF Bank Stadium, a football stadium on the University of Minnesota campus. Allianz Field came to life not long after Minnesota United joined MLS with a location in St. Paul announced in October 2015. The stadium’s naming rights were acquired by Allianz Life in 2017. Final touches were placed on the stadium in 2018 including installation of an all-grass field in October 2018.

The stadium is designed for aesthetics as well as a good fan experience. LED lights outside of the stadium create ambient lighting during matches and special events. A canopy on the stadium roof covers 85% of the seating area in case of rain or snow. This feature also traps crowd noise to create an exciting atmosphere. Minnesota United touts a 1.5-acre green space on the stadium property for fan use. Allianz Field allows fans to stay connected and share their experiences with a distributed antenna system.

What events are at Allianz Field?

How much are tickets at Allianz Field?

Where is Allianz Field?