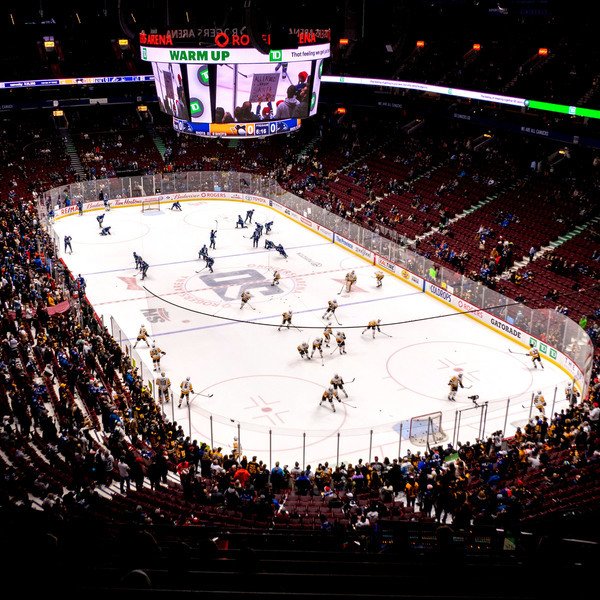 Home of the NHL's Canucks, Rogers Arena has served Vancouver as a sports and events venue since 1995. It was previously known as General Motors Place but was renamed in 2010 when a new naming agreement was made with Rogers Communications. In addition to being home ice for the Canucks, the arena hosted ice hockey events and a few others during the 2010 Winter Olympics.

During this time, it was known briefly as "Canada Hockey Place" and saw both the men's and women's Canadian hockey teams win gold. In addition to Olympic games, the arena also hosted the NHL Stanley Cup Finals in 2011, the NHL draft in 2006, and the 1998 NHL All-Star Game.

Built to replace the aging Pacific Coliseum, the arena previously housed the NBA's Grizzlies in addition to the Canucks. In 2001, however, the Grizzlies relocated to Memphis, TN. You can also find mixed martial arts and professional wrestling at Rogers Arena, as well as preseason basketball games.

Over the years, many improvements have been made to the entertainment system at Rogers Arena. Both a new LED ribbon-board and a Daktronics LED scoreboard were added in 2006. The widescreen video displays on this scoreboard are some of the largest in the NHL, surpassed only by the Bell Centre's in Montreal. Shortly after that, the sound system got an update as well. A new L-Acoustics system was installed in 2008 and is still the largest such installation in North America.

Along with sports, Rogers Arena hosts concerts, conferences, family shows, and other events. One of the more unique recurring events to come to Rogers Arena is the annual Juno Awards ceremony. Some of the performers who have visited Rogers Arena include the Spice Girls on their 2007 Return of the Spice Girls Tour, Lady Gaga, and Bryan Adams.

What events are at Rogers Arena?

Rogers Arena is primarily used as the home of NHL's Vancouver Canucks. However, Rogers Arena does host a number of other concerts and events. See full Rogers Arena schedule above.

How much are tickets at Rogers Arena?

Where is Rogers Arena?