Your Guide to the Richard Rodgers Theatre

Looking to score discounted Hamilton tickets? Use code HAMILTON4TBA for $20 off your purchase of $100 or more!

It’s only fitting that fans of the Broadway smash-hit Hamilton will be able to enjoy the play at the legendary Richard Rodgers Theatre. Originally known as the 46th Street (or Chanin’s 46th Street) Theatre, the Nederlander Organization renamed the building in memory of legendary composer Richard Rodgers in 1990. It’s seen its share of a long line of beloved and successful productions, including Cat on a Hot Tin Roof, If/Then, Porgy & Bess, In the Heights, and Romeo And Juliet.

Hamilton is the latest in a long line of excellent musicals at the Rodgers. Want to enjoy this Tony Award-winning production in person? Here’s everything you need to know!

Where is the Richard Rodgers Theatre?

The Richard Rodgers Theatre is located at 226 W 46th Street, New York City, New York. If you plan to get to the theatre by subway, take the C, E train to 50th Street.

Below you’ll find the Rodgers’ seating chart. The capacity is 1,380 seats. 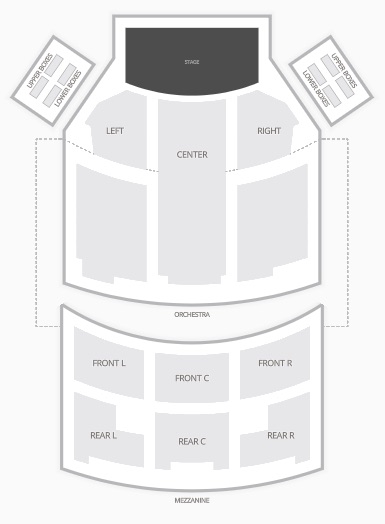 How to See Hamilton at the Richard Rodgers Theatre

If you’re hoping to see Hamilton, it’s best to act immediately because tickets for this show tend to sell out very fast. If you want to give yourself every possible advantage for getting your hands on Hamilton tickets, a few helpful suggestions include:

*Buying tickets as soon as they become available, even if it means getting them months in advance.

*Heading over to the Richard Rodgers Theatre to purchase them directly from the box office.

*Donating to Broadway Cares/Equity Fights AIDS. Donors get tickets for seats located in the 14th row, Side Orchestra.

Want more details about how to get Hamilton tickets? Head here for our complete ticket-buying guide.

Where’s the Best Place to Sit at the Richard Rodgers Theatre?

Depending on where you sit, you can expect to experience Hamilton in a different way.

Orchestra seats, which cover the full floor of the Rodgers, will typically provide a full view of the stage. This is true even for seats at the rear of the Orchestra seating. They’re preferred seats, with tickets going for $298 and up.

Theatre box seats allow patrons to look down on the stage, providing a unique perspective of the performance. Some of the lowest priced tickets available are box seat tickets, going for as little as $254.

Although the Rear Mezzanine seating is the farthest from the stage, patrons will still be able to see the full stage from their seats.

There are a few common questions that people have when heading to Hamilton or a similar production at the Rodgers. Below you’ll find answers for some of the most frequently requested information.

What is the Dress Code?

There’s no dress code at the Rodgers. It’s recommended that patrons dress for both comfort and the occasion. During the summer months, the theatre is air-conditioned.

Luggage, shopping bags, or any bags too large to comfortably fit with patrons in their seats are expressly prohibited. All bags will be inspected upon arrival. Patrons are not to leave their personal items such as purses or backpacks unattended while in the theatre.

How Long is the Hamilton Run Time?

The anticipated run time of Hamilton is two hours and fifty-five minutes with one intermission.

Where is the Stage Door to Meet Actors?

According to the Hamilton Stage Door Tumblr, after patrons exit the theatre, they’ll find the stage door to their left. If you happen to be facing the theatre (across the street), then it would be to your right.

There’s no telling which actors will be available to meet via the stage door, although the Sunday matinee is considered the best day to visit the stage door. As far as the best time to line up to meet the actors, fans should show up anywhere from five minutes before the show lets out to forty-five minutes after.

If I Show Up Late to the Theater Can I Still Get In?

Latecomer policies vary based on where patrons are seated. Any late patrons who are seated in the front orchestra are typically held in the auditorium until about 15 minutes after the performance has started. Afterward, late patrons are escorted directly to their seat(s) by an usher.