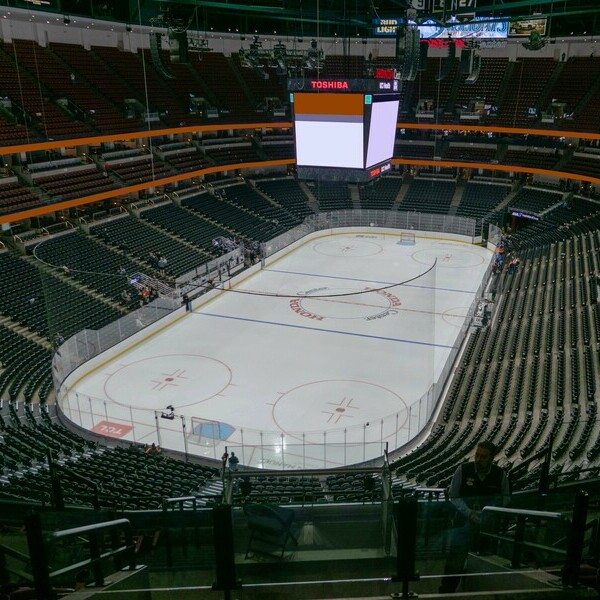 Opened in 1993, the Honda Center in Anaheim has long played host to hockey in Southern California, and was previously known as the Arrowhead Pond or the Pond of Anaheim. It is best known as the home to the Anaheim Ducks. In addition to its regular duties as a hockey arena, the Honda Center has played host to plenty of marquee events in the sports and entertainment world, and has even seen a championship clinched in the venue.

That championship was a Stanley Cup Final trophy earned by the Ducks in the 2007 season, when the Ducks channeled their inner Charlie Conway and company and defeated the Ottawa Senators by a four games to one margin in that championship series. The Ducks also reached the cup final in 2003 while playing in the Honda Center behind the red-hot goaltending of Jean-Sebastien Giguere, before falling to the New Jersey Devils. The Honda Center has also hosted a Frozen Four, the semifinal and championship rounds of the NCAA men's hockey tournament.

Entertainment has been a big part of the Honda Center's identity as well, with WWE hosting two Wrestlemanias and a Royal Rumble at the venue. Perhaps the best match to come of those events was one of the best WWE matches of all-time, a 60-minute ironman match between Shawn Michaels and Bret Hart for the then-WWF championship.

What events are at Honda Center?

Honda Center is primarily used as the home of NHL's Anaheim Ducks. However, Honda Center does host a number of concerts and other events. See full Honda Center schedule above.

How much are tickets at Honda Center?

Where is Honda Center?