Everything You Need to Know About Lover Fest East

Taylor Swift doesn’t really do festivals. While her tours frequently had a bit of festy vibe about them–as she gradually expanded her squad via surprise appearances and performances at arena shows–the fact remains that Swift hasn’t properly headlined a big name fest in quite some time (although we are predicting a 2020 Coachella performance).

Rather than cramming the concept of her new album, Lover, into a traditional traveling tour, Swift is opting to throw her own two-day festivals on opposite sides of the country. Lover Fest West and Lover Fest East will take over NFL stadiums on opposing coasts for back-to-back shows. Swift will of course headline both nights, but beyond that not much is known about who will play alongside her.

Tickets for Lover Fest East in Massachusetts are already on sale and Swift has explained her reasoning behind bringing her latest album to fans in the open air:

“The Lover album is open fields, sunsets, + SUMMER. I want to perform it in a way that feels authentic,” she shared on Twitter. “I want to go to some places I haven’t been and play festivals. Where we didn’t have festivals, we made some.”

Take a look at everything we know about Lover Fest East below.

Tickets to Lover Fest East are on sale now. You can currently find them on SeatGeek for as low as $203 (that price includes fees!), and with floor listings starting at $506. Browse all Lover Fest East tickets here, or view select listings below. Use code TBA20BLOG at checkout to save $20 off your purchase.

When is Lover Fest East?

Lover Fest East is a two-day event running on July 31 and August 1.

Where is Lover Fest East?

Gillette Stadium is best known as the home of the New England Patriots. The stadium opened in 2002 and seats over 65,000 people. Gillette Stadium is frequently used as a concert venue in the NFL off-season for massively popular touring artists. During the Major League Soccer season, it is the home of the New England Revolution. 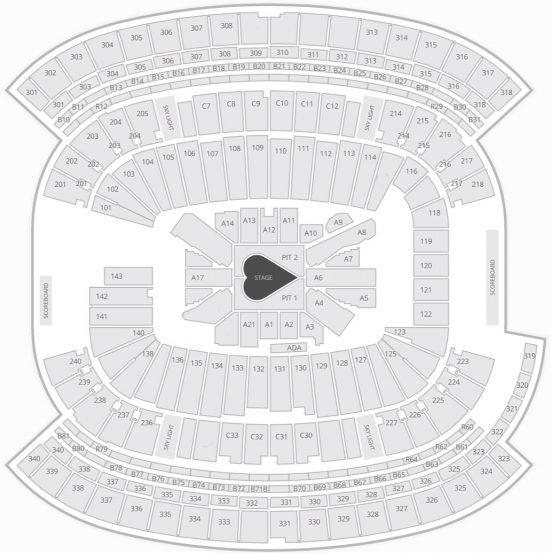 Taylor has the clout to pull along just about anyone in her own generation. Expect acts like Charli XCX or her friends in Haim to make appearances. She might be able to bring out acts that clearly inspired her, as she did with Alanis Morisette on the 1989 Tour. Maybe the obvious influences on Lover (think Mazzy Star) can make an appearance.

Interested in attending Lover Fest East? Shop tickets here! Don’t forget to use code TBA20BLOG at checkout to save $20 off your purchase.